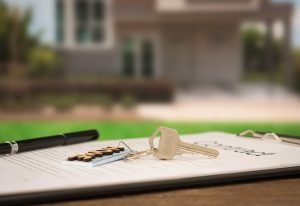 In order to know the actual status of your dominion on a certain property, the following checklist is worth noting:

Almost all property-related cases or suits stem from the absence of any of the three (3) instances above.

First Scenario (property is not registered to the owner)

In some instances, the transfers of registration of a property are being put on hold. This is frequent in case of death of a relative wherein the heirs are concerned on the expenses involved such as estate taxes.

Another common instance/s are in deeds of sale where the buyer also takes time in transferring the registration. This can be risky since the previous owner is mostly a stranger to the new owner. Such an event actually opens a window for possible double sales since the previous owner is still registered publicly as an owner. Aside from this, if for some reason, the deed of sale is lost, it could be difficult to reconstruct this document without incurring additional expense.

Hence, in all instances, it is extremely prudent to transfer the registration of a property the soonest possible time. It will negate the exposure to any risk and most importantly, there would be no penalty for late payment of taxes especially with the BIR.

Second Scenario (property is not in possession of the Title)

It also happens that a registered owner is not in possession of the Title (OCT, TCT or CCT). The usual reason is that the title is misplaced, destroyed, or lost. In such event, it is imperative to file an Affidavit of Loss and have it annotated in the title with the Registry of Deeds. After annotation, a petition may then be filed in court to issue another title.

In most instances, possession of the title by another entails another transaction such as a mortgage. In a mortgage agreement, the mortgagee usually holds the title as it is being surrendered by mortgagor.

Thus, if you are not in possession of the title even if you are the registered owner, all efforts must be exerted to obtain another copy of the same.

Third Scenario (owner is not in possession of the property)

The most common complications in this scenario are the presence of squatters or unlawful occupants. Thus, some properties are stale since it is sometimes difficult to eject those squatters particularly if they are numerous.

It is therefore recommended that you secure possession of the property by means of a fence or a tenant/renter. Eviction of tenants/renters is simpler than that of squatters or unlawful occupants.