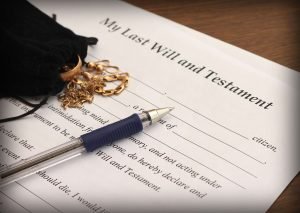 There are two (2) kinds of last wills in Philippine Laws, namely the Notarial Will and the Holographic Will.

In general, both wills are governed by this absolute rule in Article 804 of the Civil Code, to wit:

“Art. 804. Every will must be in writing and executed in a language or dialect known to the testator.”

With respect to Notarial Will, the stringent requirements in preparing it are enunciated in Article 805 of the Civil Code as follows:

“Art. 805. Every will, other than a holographic will, must be subscribed at the end thereof by the testator himself or by the testator's name written by some other person in his presence, and by his express direction, and attested and subscribed by three or more credible witnesses in the presence of the testator and of one another.

The testator or the person requested by him to write his name and the instrumental witnesses of the will, shall also sign, as aforesaid, each and every page thereof, except the last, on the left margin, and all the pages shall be numbered correlatively in letters placed on the upper part of each page.”

The attestation shall state the number of pages used upon which the will is written, and the fact that the testator signed the will and every page thereof, or caused some other person to write his name, under his express direction, in the presence of the instrumental witnesses, and that the latter witnessed and signed the will and all the pages thereof in the presence of the testator and of one another.

If the attestation clause is in a language not known to the witnesses, it shall be interpreted to them.”

Basically, the Notarial Will requires three (3) disinterested witnesses and must be notarized. During the probate of the will, these witnesses and the notary public must be presented in court, most particularly if the will is being contested.

On the other hand, a Holographic Will is easier to prepare. Article 810 of the Civil Code simply provides that:

“Art. 810. A person may execute a holographic will which must be ENTIRELY WRITTEN, DATED, AND SIGNED by the hand of the testator himself. It is subject to no other form, and may be made in or out of the Philippines, and need not be witnessed.”

During the probate of a Holographic Will, what is needed is just one (1) witness to authenticate the handwriting of the one who prepared the will. If contested, it requires at least three (3) witnesses who knows such handwriting. Article 811 of the Civil Code states that:

In the absence of any competent witness referred to in the preceding paragraph, and if the court deem it necessary, expert testimony may be resorted to.”

LAST WILL AND TESTAMENT

In the event of my demise, it is my intention that my properties in the Philippines be transferred, assigned, or given to my following children:

These properties are the following:

I would also like to be cremated and my ashes be placed beside my beloved wife’s urn.

I was not forced and coerced to execute this will and I executed this with my complete and full senses.

It witnesses hereof, I have hereunto set my hands, this 1 May 2020.

The key requirement is that it must be ENTIRELY WRITTEN, DATED, AND SIGNED. If it is not in the testator’s handwriting or not dated or not signed, the same will not be valid.

(Note: In any event, it is still advisable to engage a lawyer most particularly on complex cases involving numerous heirs or various properties or if a provision on disinheritance will be included)